With its natural beauties and vast plateaus, the Black Sea is the place where most people looking for a difference for their holiday turn their route. A magnificent geography where you can see the most beautiful shades of green… Those who seek coolness in the summer season and those who run away from the crowd find peace and serenity in the generous nature of the Black Sea. The plateaus, which are the most beautiful spots of getaways from the city, offer very good options in search of a different holiday experience.

Located in Savsat, a calm town of Artvin, Arsiyan Plateau is situated on the Georgian border. The altitude of the plateau varies between 2600-3500. The plateau is one of the calmest corners in this region with plenty of oxygen. Also known as the Arsiyan Plateau Lakes Region, there are 7 lakes of all sizes. The most notable of these are the Floating Islands. Natural formations, consisting of soil and plant clusters, are not attached to the bottom of the lake. Therefore, it moves on the lake and a very beautiful view emerges in this part between the hills. Arsiyan Plateau distinguishes itself from other plateaus with its coal mines and salt rocks. Ayder Plateau, which is connected to Camlihemsin of Rize, is an exquisite place established at an altitude of 1350 meters at the skirts of the Kackar Mountains. The plateau, adorned with beech and spruce trees, was established by the residents of Hala Valley in the 1300s for recreation. Today, it is one of the most popular touristic spots in Rize. Therefore, it’s easy to access here. The plateau, which is the starting point of the northern part of the climb to the Kackar Mountains, has a rich plant and animal diversity. You can also take peaceful nature walks in the clean plateau air. It’s very close to Gelin Tulu and Gurgendibi waterfalls. Walking towards the freshness of the waterfalls flowing from meters high is one of the most relaxing activities. Famous for its healing waters, Ayder is also an important point for spa tourism.

You should enjoy this weather more in Ayder Plateau hotels with concepts such as plateau house, bungalow, hostel and hotel.

At the same time, don’t forget to taste the famous chestnut honey of Ayder Plateau and buy it on the way back. 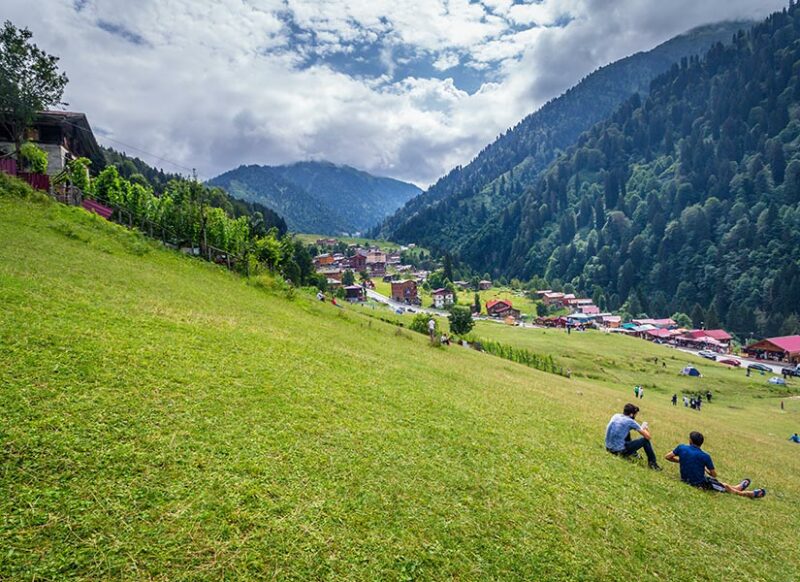 Located on the Giresun-Trabzon border, the plateau has a fascinating view. It was established on a very large area on Ali Meydan Mountain at an altitude of 2182 meters. The plateau, located on the highest peak of Anti-Taurus Mountains, is generally foggy and you can feel yourself above the clouds while watching the view here. Sis Mountain Festivals, which have become traditional in the region, are held in July with people from the surrounding nomad groups and villages. The snow, which does not melt until July, adds a different beauty to the summer months of the year and gives a refreshing sense. There are also accommodation options in the plateau, which can also be visited with one-day trips.

The plateau, which is between the valleys formed by the Firtina and Hala rivers, is 15 kilometres away from the Camlihemsin district. The region, which is at the upper border of the forest at 2032 meters, is ideal for spending a few days in peace with its unmatched nature. The plateau houses, which preserve their unique appearance amidst the lush mountains and pine forests, have wonderful views. Pokut Plateau is almost an epic place where earth and sky meet. You can go to Sal Plateau, which is 1.5 km away from here, by walking for half an hour using the forest road. For those who like long nature walks, Hazindak Plateau, where they will cover 15 km in approximately 4 hours, is also recommended. Pokut Plateau is ideal best between May and October. The place, also known as Garester Plateau, is 30 km away from Caykara district. The plateau has an altitude of 2600 meters and offers outstanding sceneries in its higher parts. Uzungol Plateau, which gets smaller and smaller as you get closer to the summit, looks completely different from here as you can watch it from a bird’s eye view. This is one of the magnificent places that offers different experiences in every season. The melting of snow in the spring is gradually replaced by greenery and fresh flowers, the coolness of the fog-covered mountains in summer and the unique beauty of colchicum flowers blooming in autumn…

If you are curious about the plateau life, you should definitely see the Karester Plateau with its most natural environment. This place is mostly used for stock-breeding. The locals show their hospitality by offering fresh milk to the tourists who visit this place.

Anzer Plateau is located 35 km to Ikizdere district. The Lower Anzer part of the plateau, which consists of two parts, is Cicekkoy and Upper Anzer is called Ballikoy. We suppose there is no one who has not heard of the world-famous Anzer honey. The most beautiful fruit of the variety of flowers here is this exquisite honey. The plateau is home to many endemic flowers. The honey obtained by distilling from a thousands of flowers here is a very important value for the region. Anzer Honey and Tourism Festival is also held in Anzer Plateau in August. 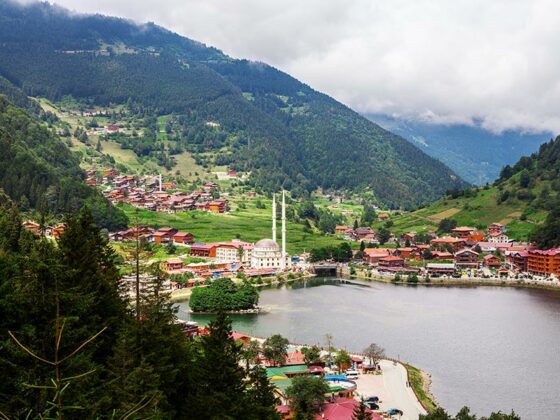