One of the most beautiful places in the Mediterranean, Antalya is one of the favourite cities of the country with its magnificent blue and nature. As well as its natural beauties, it’s also an important point for cultural tourism with its rich geography witnessing ancient times. There are many places to see in Antalya for both a sea holiday and a historical trip. Here you’ll find some sightseeing spots in the city centre.

Kaleici is a cute neighbourhood built on a cliff in the middle of the city centre. The region, which is also known as the city centre, is surrounded by land and sea walls. It’s also an important point for the social life in Antalya. With its bay windows and streets that preserve its original texture, it’s both inside the city and separated from the city… Even though the restaurants, cafes, pensions, hotels and antique shops here make Kaleici a touristic destination, it does not lose anything from its unique structure. Kaleici, which is very vibrant in the evening hours, offers many options for you to have fun.

You somehow find yourself in Kaleici in the centre of Antalya; the heat loses its effect in the evening hours and a gorgeous sunset view awaits you. This place is not famous for its beach, but let us remind you that you can also swim in Kaleici. Besides, Yivliminare Mosque, one of the landmarks of Antalya, is located here.

Check out the accommodation options in this region and enjoy your trip in touch with nature and history in Kaleici hotels. Located very close to Kaleici, Antalya Archaeology Museum is a good option to diversify your route. The museum, which is approximately 3 km away from Kaleici, can be reached in half an hour by walking. Located in Konyaalti and being one of the largest museums in Turkey, Antalya Archaeology Museum features nearly 5,000 artefacts from the Pisidia, Pamphylia and Lycian periods. Apart from the exhibited works, nearly 30 thousand of them are kept under the responsibility of the museum. Among the works, there are sarcophagi, ceramic works, icons, marble portraits and coins. The museum, which sheds light on many periods witnessed by the Antalya region with its rich and deep-rooted history, is a must-see in the city centre of Antalya. 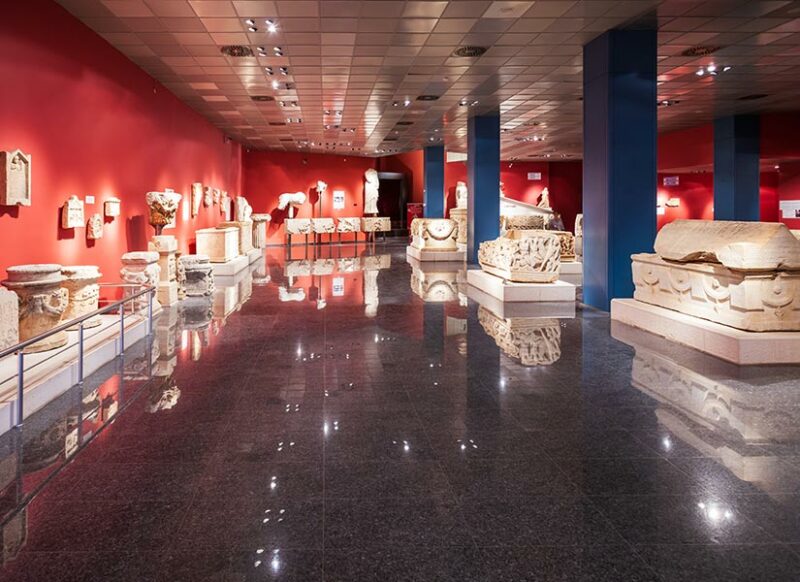 While you’re strolling around the Antalya city centre, you should definitely go to Konyaalti beaches. Konyaalti beach is very close to the Archaeology Museum. After visiting the museum, take a short walk and come here. The approximately 7 km long beach extends to Antalya Harbour. Even though it’s less popular compared to before, Konyaalti is one of the most beautiful places to swim in the city centre. The beach generally consists of fine pebbles. The sea, which has golden sands from place to place, is quite clear and has blue flag. There are both paid and free parts at Konyaalti beaches. It has a long coast where you can also find quiet places. Duden Waterfall is located 10 kilometres to the city centre of Antalya. The waterfall, which is one of the most interesting natural beauties in the city centre, splits into two branches and reaches the Mediterranean. Upper Duden is a sanctuary amidst the greeneries. With its cool waters, it’s a getaway point for those who are overwhelmed by the heat in the summer months. It’s also possible to take walks and make picnics around it. There is a cave inside the waterfall as well.

Lower Duden is located in the Lara region. It has an extraordinary appearance with the buildings surrounding it. It continues to cascade from the cliffs towards the sea with all its naturalness and coolness in the city centre. Duden Waterfall, one of the first natural beauties that comes to mind in Antalya, is pouring from a height of 40 meters, so a fog cloud occurs in the sea with the effect of the spout. Located near the waterfall, Youth Park is one of the most beautiful viewing points. If you take a boat tour from Kaleici, you can watch Duden in a much better way. Located approximately 17 km east of the city centre, The Perge Ancient City was established on a wide lowland. There is evidence that the city began to be used as a settlement from 4000-3000 BC. The Hellenistic Gate, which is a monumental structure at the entrance, salutes the guests with all its splendour. On the part of Colonnaded Street, there is a water channel that divides the street into two. The Greco-Roman amphitheatre among the ruins is one of the best preserved structures. The ruins of the ancient city, famous for its architecture and marble sculpture, are exhibited in the Antalya Archaeology Museum, in the Perge Theatre Hall. You should definitely visit the Perge Ancient City, which is one of the most important points among the cultural assets of Antalya.

Kursunlu, another important waterfall in the city, is located 8 km to the ancient city After visiting Perge, you should definitely see this wonderful place. 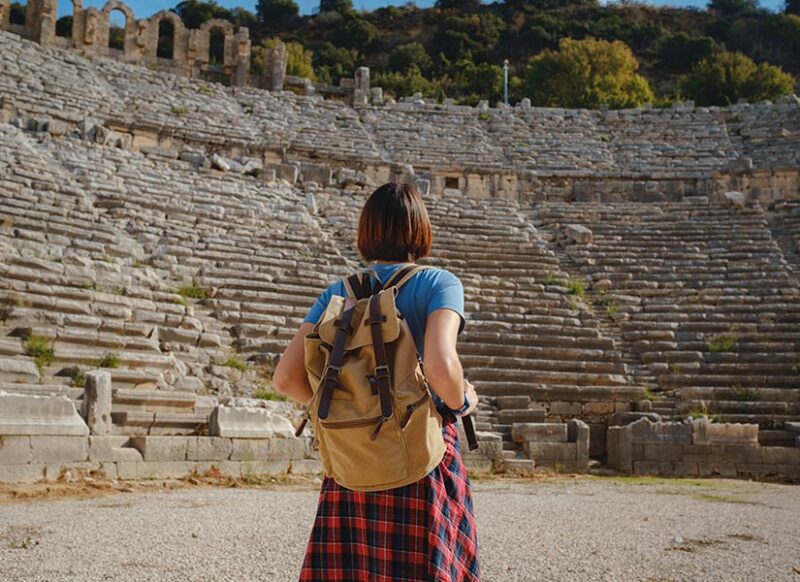