With its natural and historical splendours, Kuşadası, one of Aegean’s favourite towns, is one of the country’s most beautiful holiday destinations. This Mediterranean-climate town is also popular for spring seaside vacations. Although Kuşadası is a small town, it offers more than expected in terms of natural richness, beautiful beaches, and historical sites. Kuşadası can be the place you are looking for if you want to go on a new kind of vacation that is both peaceful and fun.

Güvercinada, one of Kuşadası’s icons, is a major historical landmark. The fortress, built by the Genoese in the early 14th century, is built on a natural rock outcrop. It is also known as the ‘Pirate Castle,’ since it served as a fortress against pirates during the Ottoman Empire. Hayreddin Barbarossa built the inner castle, which is located on the island and is surrounded by 3-meter fortifications, to prevent possible attacks on the region. Wooden bird shelters were built in the centre part of the island, which was connected to the mainland by a causeway in 1957. Turtles and rabbits are also beloved residents of this gorgeous island. A well-preserved whale skeleton washed ashore on the island’s shores and is on exhibit inside the fort. With nightly illumination, Güvercinada offers a beautiful view from above, taking on a striking beauty in the centre of the sea. You can enjoy this spectacular view by staying in hotels in Kuşadası.

Neopolis (Yılancı Burnu), located south of Güvercinada and reaching a finger into middle of the sea as Güvercinada does, was one of the first settlements of its period: founded by the Ionian civilisation in ancient times. Ruins of ancient towns from this time still exist underneath the waters around its coasts. The island, formerly known as Neopolis, has beautiful beaches on the shores. The water is rocky yet clear. It features a tranquil ambience for a relaxing end-of-day viewing. Neopolis (Yılancı Burnu), located on the way to Bodrum, is a good stopover location.

Panionium is a historical site on the northern slope of the Dilek Peninsula; a unique location that served as the meeting point for twelve Ionian cities until the Roman era. In terms of military and political growth, Panionium has achieved significant progress; however, once its religious character became apparent, it was taken on a second, sacred aspect. Structures found here include an odeon, an underground cellar, a council chamber, and a well-preserved theatre. In addition to these characteristics, as it is not subject to urban settlement, it is known, together with the nearby village, as Melia-Panion. You should surely include this place, where history and the sea merge, on your agenda in Kuşadası.

Kurşunlu Monastery, located in Davutlar Village, is a magnificent structure on the Dilek Peninsula. The monastery was built in honour of the Virgin Mary and is also known as Panagia Kursunniatissa. The current name — Kurşunlu — is derived from the lead that was used to cover the monastery. Despite the fact that the monastery has been slightly damaged over time, the various components inside can be clearly examined. With its motifs from the Iconoclastic period, the Kurşunlu Monastery, which is believed to have been established in the 11th century during the Byzantine period, is a must on the places to visit on trip into history.

Kuşadası, which is located quite near İzmir, is only 20 minutes away from the Ancient City of Ephesus. The ancient city of Ephesus, lying at the crossroads of the East and the West, continues to welcome visitors with its noble ambience and majestic remains that maintain its authenticity. Columns and sculptures in the city strongly exhibit the traces of the Ancient Greek era. In addition to the Temple of Artemis, one of the Seven Wonders of the World, several must-see monuments such as the Ephesus Antique Theatre, the Virgin Mary’s House, and the Celsus Library have maintained their beauty despite the passing of time. The Ancient City of Ephesus, with its various remains, is a separate land indeed, and a different travel experience. As a result, following a long journey, Selçuk hotels should definitely be among your choices to relieve your weariness and have a nice rest.

The Cave of Zeus

The Cave of Zeus, located in Güzelçaml, is a natural structure that resembles a pond inside of the rocks. The deterioration of the calcareous soil over time resulted in the formation of puddles in the collapsed areas, as well as large and small lakes in the interior. The cave’s water mixes with the seeps in the rock where groundwater reaches the surface. It also provides a cooling and refreshing impact. You may not want to leave the water, especially if you visit in the summer. It has a unique trait in that it may get rather warm in the winter. Legend says that the cave was the refuge of the sky god Zeus, who took shelter while escaping the anger of his brother Poseidon. While enjoying the sea, you can immerse yourself in this mythological atmosphere.

The Andız Tower, located on the Kuşadası-Aydın route on the outskirts of Pilav Mountain, has housed peoples of civilizations as far back as the Lydians as well as the Leleges and Carians. During the Hellenistic period, it was known to be used as a watchtower. It has three floors and is built in a square form. In addition, the open-air prayer area has a rectangular shape. Because of its location on the caravan route, it is said to be a busy transit area. One of the most ancient structures that have remained to present day is the Andız Tower, surrounded by olive trees. If you come across Andız Tower along the road, the sites is an excellent place to stop and have a picture break. 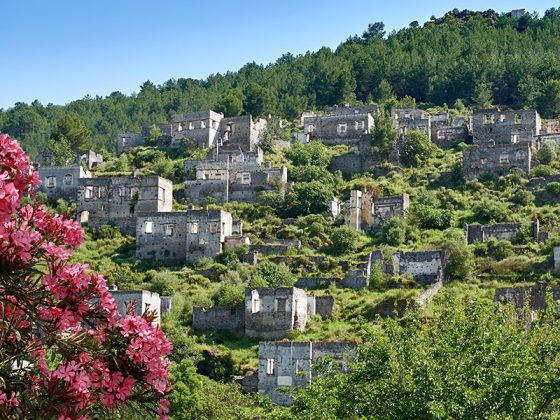 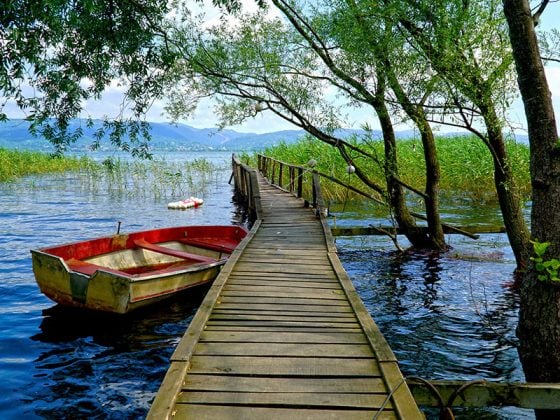