Urfa cuisine, which contains the richest flavours of Turkey, has a deep-rooted culture. The flavours, in which the influence of different civilizations are felt, preserve their value even today by blending with centuries-old traditions. Along with the historical traces of the city, all these mouth-watering dishes leave unforgettable tastes on the palate. We are going on a tour full of the delicious flavours of Urfa, one of the leading gastronomic cities.

As the name suggests, Urfa kebab, one of the region’s own delicacies, is a common and popular dish that can be enjoyed in different parts of the country. Of course; since you’re here, it’s a must to taste the real Urfa kebab. Besides its appetizing look, it has an exquisite taste. It’s generally made of beef and lamb meat. The meat is minced through a cleaver and that is what makes it such delicious. In these kinds of rich cuisines, meat generally goes through cleaver instead of machinery. It’s garnished with different spices such as salt, green pepper, black pepper, chili flakes. A wonderful taste emerges when aubergines are added to the ground meat that is skewered on a spit. 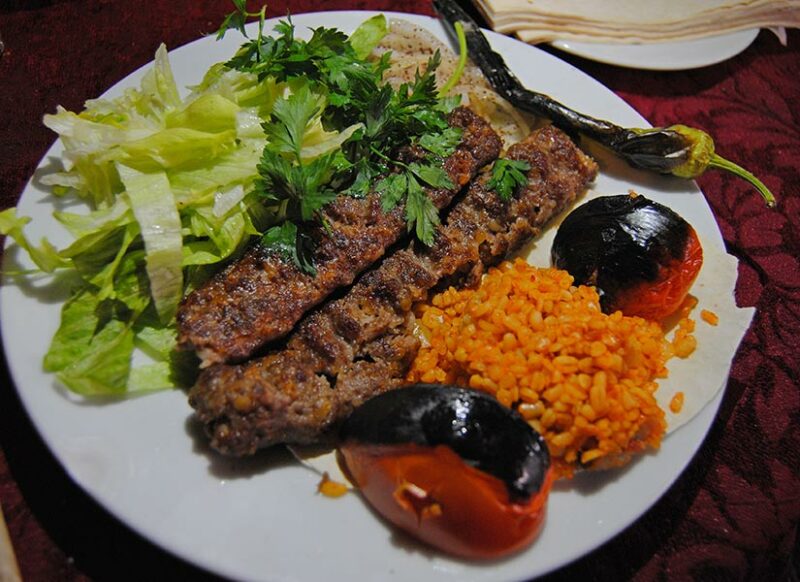 One of the local flavours that has become a brand by reaching different parts of the country is, of course, çiğ köfte. Although Urfa and Adiyaman regions have common values, there are differences between the two. Urfa style çiğ köfte is kneaded with meat and isot (a dried Urfa chilli pepper), is used, which is identified with this region. Even if you have tasted çiğ köfte served with lavash or lettuce many times before, you will definitely feel that you’re tasting it for the first time. Şanlıurfa’s çiğ köfte is a taste that was registered in 2008. 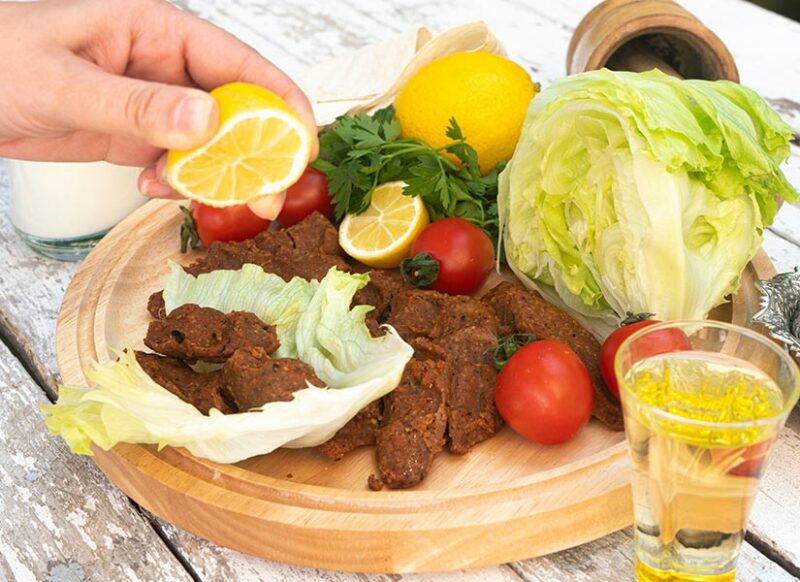 Haşhaş kebab, which belongs to the Birecik region of Şanlıurfa, is among the important flavours of the region. It’s said to derive its flavour from lamb fed on grass grown in the region. The minced meat obtained by passing the meat from the abdomen of the lamb through the cleaver is kneaded with the addition of garlic, spices, parsley and red pepper. After preparing the mixture, it’s skewered and cooked. You can eat the exclusive haşhaş kebab in its own region, Birecik. Do not forget to taste this delicious flavour in the places by the Firat River, accompanied by a stunning view. Haşhaş kebab is one of the flavours that those who taste it once fall in love and want to eat it over and over again. Söğülme is one of the meat and vegetable dishes unique to Şanlıurfa. A dish prepared with lots of garlic. Local people recommend not to make it without garlic. It’s a delicious flavour consisting of finely chopping eggplants after roasting and combining them with ground beef. It’s commonly consumed as a mezze with the main course at dinner.

It is possible to find the best offal in Urfa, where meat has an important place in its culinary culture. Mumbar Dolması is consumed a lot by the local people. You can find it even in street vendors in the city. It is made by preparing a minced meat mortar and stuffing it into the large intestine of the sheep. If it suits your taste and you are okay with offal, you should not leave without trying it while you’re here. Balcan Kebab has a different recipe among the local flavours of Urfa. Skewering the eggplants on spits with the meat adds a different flavour to the kebab. Generally, lamb meat is preferred. Additional flavours used in its presentation include onion salad, bulgur pilaf, roasted tomatoes and green peppers. Balcan kebab, which is also differentiated from other kebabs with its look, is one of the famous flavours you can taste at many points of the city. One of the most popular pastries in the region, ağzı açık, is a combination of minced meat and spices. Also common in the Afyon region, this flavour is made without adding vinegar in Urfa. The taste of the dough prepared in its making is salty. Ağzı açık, which is considered a snack, adds a difference to a cuisine which stands out with flavours such as meat, lahmacun and pita. It’s among the most beautiful flavours that garnish the local breakfast tables and tea times.

Borani is one of the dishes of the regional cuisine that offers variety. It is very important to use chard in its preparation. After the vegetables are boiled, it’s cooked like a skew and then yogurt is added. In addition to the flavour enriched with ingredients such as chickpeas, black-eyed peas and butter, it is the meatballs that give the dish its real taste. It’s ready to be served after you add natural butter on it. Dried onions go well together with its taste. Borani, which is also made with spinach, is a delicious flavour that is also presented on the tables as a mezze.

One of Urfa’s most famous desserts, billuriye and kadayif, differ from each other even though their preparation styles are similar. Made of plenty of pistachio, billuriye is visually pleasing with the green colour of the pistachio. Rose water is used while making billuriye. It adds a different beauty to its taste with rose water. When it’s served with ice-cream, it becomes more delicious.

Şanlıurfa has a very important place with its deep-rooted history. Known as the place where history was rewritten, Göbeklitepe is one of the must-see places. With the historical spots at various points, Urfa is a great place for both gastronomy and cultural tourism. You can book your room among Şanlıurfa hotels and wander around this amazing city to the fullest. Join Adana Flavour Festival and Spice up Your Autumn! 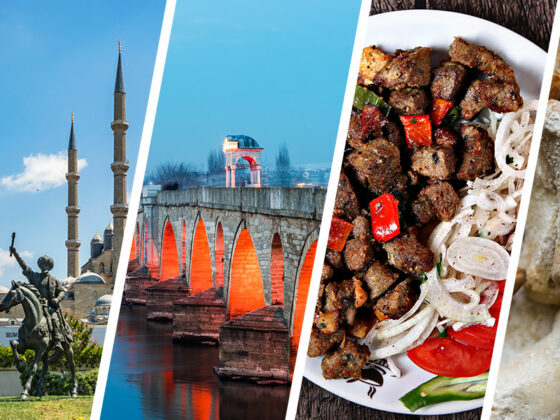 Choose Your Side: Taste or History in Edirne? 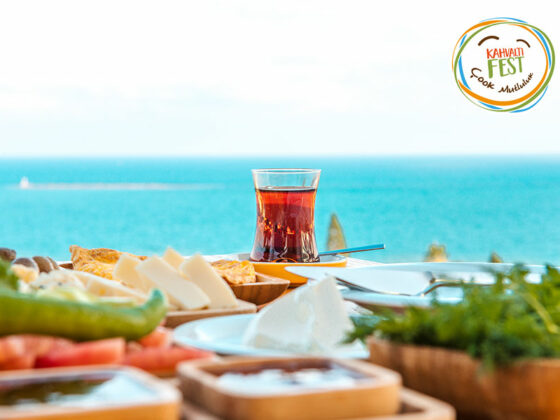