Edirne, Turkey’s gateway to Europe, is a city worth exploring, both for its cuisine and its storied past as one of the capitals of the Ottoman Empire. In Edirne, a suitable destination for a short holiday as a family or a weekend alone, you can dwell upon the enchanting splendour of the Selimiye Mosque, sunbathe on the beautiful Edirne beaches, taste the flavours that leave a mark on the palate and much more. You may even be surprised by historical Kırkpınar Wrestling live if you come across it. Edirne hotels await you with the convenience of Odamax.

Edirne, which was the capital of the Ottoman Empire prior to the conquest of İstanbul, was a command centre where the army gathered during the expeditions to the West. Later, the city hosted the long-term vacations of the sultan and the dynasty. In the city, where sultans and members of the dynasty commissioned the building of many lofty works, mosques take pride of place among the structures that reflect the traces of Ottoman architecture. The most important of these is undoubtedly the Selimiye Mosque, which was built by architect Mimar Sinan under the orders of Selim II. Known as the masterwork of Mimar Sinan, the mosque is one of the top places to visit in Edirne. Another unforgettable building is the Eski Camii, or “The Old Mosque” as it is commonly known. Construction of this significant consecrated structure commenced in 1403 during the reign of Suleiman the Magnificent. It is one of the most important monumental structures which has survived from the Ottoman period to the present. In addition to these, Üç Şerefeli Mosque and Muradiye Mosque are additional 15th century halls of worship which are open to visitors in Edirne. 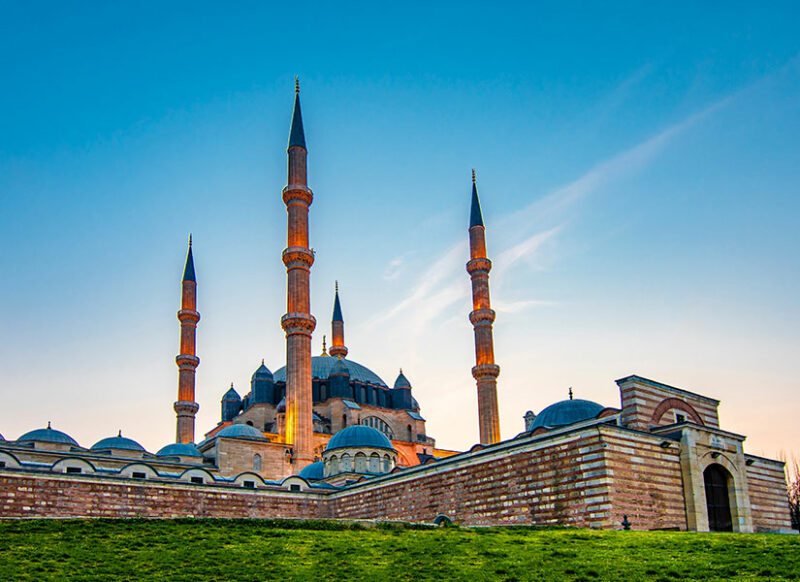 From Aquamarine Blue to Sylvan Green: Beaches and Forest

In the city of Edirne, there are obviously no swimming beaches right in the city centre, but many private beaches await you in the immediate vicinity. You can include options such as Enez Beach, Yayla Beach, Erikli Beach in the Keşan district in the south of the city in your seaside plan. The Edirne Province is one of only three provinces located entirely within continental Europe and offers wonderful beaches for those who want to enjoy a coastal holiday with their families. One of the benefits of this region by the sea is that the waters are very clean thanks to the self-cleaning feature of the Saros Gulf. It is also possible to discover many types of sea plants and fish from these beaches. You can find many different accommodation options when you want to spend a holiday with your loved ones or alone in this city where the sea and the forest are intertwined. Culinary Culture Extending from Edirne to the Palace

One of the first cities that come to mind when a sudden craving for liver and meatballs is mentioned is Edirne, a carnivore’s delight where you can find a variety of liver dishes in many different eating establishments. The first answer to the question “What should I eat in Edirne” is fried crispy liver, aka leaf liver (yaprak ciğer). The taste of this unique flavour, which is prepared by dipping fine slices of liver in flour and frying them in oil, and serving with dried red Edirne pepper, will remain on your palate for hours. If you want to eat fat and juicy meatballs, after visiting Selimiye Mosque, you can choose any of the famous traditional meatball places nearby.

Mutancana, another notable platter on the Edirne menu, established its place on the sultan’s tables at the apex of Ottoman cuisine. This dish, which combines savoury goodness with the sweetness of dried figs, dried apricots, damson plums, almonds, and shallots, is traditionally made with lamb. Mutancana, which carries people to the palatial heights with its flavour, is giving liver and meatballs a run for their money in the panoply of meaty treats.

Elbasan pan is a traditional Ottoman palace dish in Edirne. Named after its Albanian motherland, it is made by baking lamb meat in a yogurt sauce. In addition to liver and meatballs, almond cookies and desserts are among the famous tastes of the region, thanks to the almond trees planted in Edirne during the reign of Sultan Murad II. Cookie monsters will be delighted to arrive in the place where Kavala cookies, bitter almond cookies and macaroons are made best. While we are talking about almonds, you should not leave without first trying the local almond paste, where a single slice is not enough. Don’t forget to taste Edirne’s delicacies such as cheese halva and Hayrabolu dessert made with tahini. Trileçe or “three milk” cake, one of the favourite desserts of recent years, will give you a completely different experience. Should you want to start the day off with a yummy, crunchy liver snack overlooking a matchless view of the Meriç River, there are many breakfast spots open in Edirne. As a further suggestion, if you want to drink tea and coffee, not only for breakfast, but when you say you’ve eaten liver and meatballs and now you want to follow up with a convivial tea or coffee, it is possible to enjoy coffee in front of   on the banks of the Meriç. On colder days, you can enjoy the peace and warmth inside, with tea that has been directly brewed on the stove. You should visit Edirne for many reasons, be it a desire for new tastes or a longing to walk historical pathways. Before returning home, make sure to cross at least a few of the following sites from your must-see list: Sweti (Saint) George Bulgarian Church, Edirne Great Synagogue, Ali Pasha Bazaar, Edirne Archaeology Museum, Edirne Palace, Hıdırlık Bastion and Rüstem Pasha Caravanserai, Beyazıt Bridge.

You can have a wonderful holiday in Edirne with tastes suitable for your palate, historical monuments and natural beauty worth seeing and preserving in your memories for future review. The Most Beautiful Train Routes for Solo Travelers I Bought a Museum Card, Where Should I Go? For Those Who Want to Escape to Nature: Çamlıhemşin Chalets Places You Must See in Akyaka and Its Surroundings 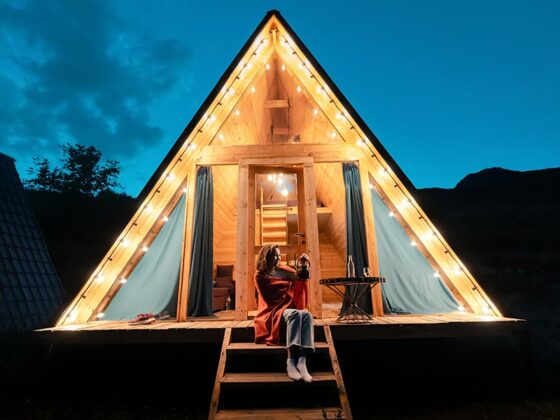 Bungalows in Touch with Nature at Home Comfort Explore the Beauties in Kocaeli and the Surroundings