September 10 marks the date for the seventh edition of the Kaçkar Ultra Marathon. Organized in the Kaçkar Mountains, one of the most beautiful places in the Eastern Black Sea and the Caucasus region. The races, held in three different categories, will take place in the magnificent nature of Kaçkarlar, one of the foggy paradises of Turkey. Runners will convene around the plateaus, glacial lakes, old forests, breath-taking peaks and magnificent trails passing through historical roads around Rize Çamlıhemşin.

If you want to participate in the race and extend your trip afterwards, you can book your place at the hotels around Kaçkar Mountains with the privilege of Odamax.

Kaçkar Ultra kicks off with a technical meeting on Thursday, September 8, before the races on September 10. Kit distribution and fair events will take place on September 9. Kit distribution for 50K-15K-5K races will be done in two parts. Registration procedures and material checks will take place in two separate time periods, 12.00-18.00 and 18.00-23.00. There will be many different activities on the same day.

On the day of the race, the fight will start with the first light of the day for the runners and all the teams in the organization. From 07:00 onwards, late kit distribution, deliveries and race information will be made. When the clocks hit 07.30, the Kaçkar Ultra Marathon-50K will start. The cut off time of the race, in which the total altitude gain is 2 thousand meters, is nine and a half hours.

The events start at 10.00 with the Çinçiva Run. Runners will travel a distance of 15 km, with an altitude gain of 500 meters. The cut-off time for completing the race is at 12.30.

The last start of the day in Kaçkar will be given for the Fırtına (Storm) Run. The cut-off time for this 5K short course is 12.00.

Kaçkar Ultra Marathon consists of 50 km of track. For the longest race, participants can expect an altitude gain of two thousand meters. The number of participants is limited to 200 and the time limit of the race is nine and a half hours. The initial surface of the 50K run consists of asphalt; the road begins to climb at a distance of two kilometers. At the 12.8 km point of the race, the stabilized road leads to the Sal Plateau. After passing Sal Plateau with its traditional houses, you will be on your way to Pokut Plateau, another natural beauty. At this point, there are food and beverage supplements available. The trail that continues after this point connects to the stabilized road after a short distance and at the 21.8 km point, the runners will reach the Hazindak Plateau. There are plenty of fountains and waterfalls on the path encountered after the second food and rest stop in the plateau. Careful attention should be paid to the slippery ground and the difficult descent at the end of the trail. At the 35.9 km point of the track, runners will pass by the magnificent Palovit Waterfall, which flows from a height of 15 meters. After passing the waterfall on the border of Kaçkar Mountains National Park, the race will continue on cobblestone tracks. On the road to the finish, there are Zil Castle and Mollaveis Bridge. Runners are advised to carry hiking sticks and wear calf socks for a more comfortable run.

The Çinçiva Run is 15 km long. Known as the birthplace of Kaçkar Ultra, Çinçiva is among the tracks this year. The time limit for the run, which will start at 10:00, is two and a half hours. The number of participants is 300 people. During the race, which has an altitude gain of 500 meters, runners will traverse roads full of the magnificent natural beauty of Çamlıhemşin.

The shortest course, Fırtına Run, is 5 km. The number of participants of the race, which will start at 11:00, is 200 people. The track, which is suitable for participants who want to run short distances, is a little easier and faster to complete; it’s a pleasant route passing through lush nature and historical beauty. The weather in the Kaçkar Mountains is quite variable due to the geographical conditions. Although September is a little sunnier, one should come prepared considering the adverse weather conditions. Arriving via Rize-Artvin Airport provides more convenient transportation to this point.

Due to environmental sensitivity, the use of plastic bottles or plastic cups is not allowed in the organization. As the organizers are prioritizing environmental awareness, runners should remember bring with them water flasks of minimum 1 litre, which will be resupplied with liquids along the entire race.

The most important material in all races is appropriate shoes. Gels, energy bars, sunscreen and sunglasses are also must-haves for a comfortable run. What to Consider When Planning a Business Trip? 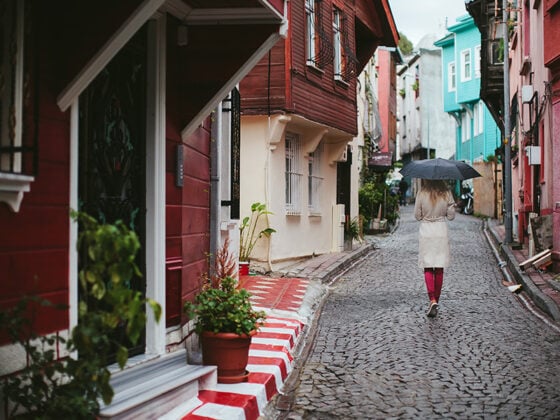 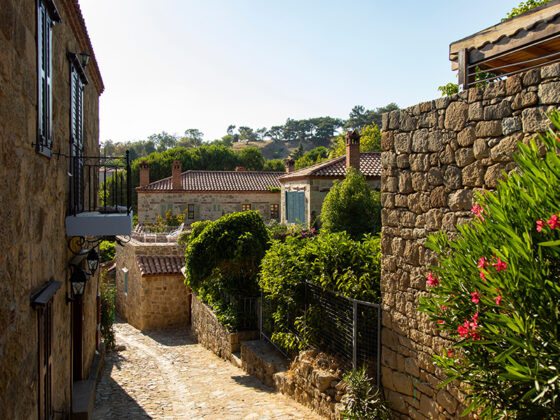