Marmaris, a popular holiday destination for people seeking the sea, sand, and sun, is home to many of the Aegean’s most stunning bays. Marmaris offers calm, cheerful, delightful, and fun-filled moments in its bays surrounded by forests, accompanied by many shades of blue.

The Kaleiçi area, located on a small hill, is one of the most beautiful spots to visit in the centre. It was so named because it was situated within the walls of an old castle (Kaleiçi means “inside the ‘Kale’, or castle). Tepe Mahallesi is another name for the extended neighborhood, and it is made up of several streets. The bougainvillaea that adorns the blue-white, single-storey stone houses creates a lovely ambience in this location. With its small, stone streets and stairs, it is a wonderfully friendly area. While going around, you may visit little shops. Because it is not a large area, it is feasible to stroll around in a short amount of time.

The castle and museum tour is the first thing to do in the centre. The location of today’s Marmaris was known in ancient times as Physkos, a Carian city. The earliest castle on this site was erected in 2000 BC. Over time, as a result of the influence of other civilizations, new castles were erected, and old ones were expanded. New walls and bastions were erected in this castle before the 1522 siege of Rhodes by Suleiman the Magnificent. The Marmaris Museum, which officially opened inside the castle in 1991, is divided into two sections: ethnography and archaeology. Marmaris Castle, located on a hill behind the marina and the quay overlooking the sea, is a must-see place with a great view.

After seeing the castle and the museum, you can go to Marmaris Public Beach, which is relatively nearby. The beach, which is only 1 kilometre from the castle, is easily accessible by walking for 14 minutes along Atatürk Street. It is one of the most popular coasts in the centre of Marmaris. It features a warm sea and a sandy beach, and the sea is quite clean. Because it is positioned on a long beach, there are quiet spots to be found. Following the sea, the nearby cafés, restaurants, and entertainment places are available for evening activities. You can find the best hotels in Marmaris for you.

Kızkumu Beach, located in the Orhaniye district, is 26 kilometres from the city centre and has gained prominence due to the romantic legend associated with it. The beach, which can also be accessible by boat, is a popular attraction for visitors. The red sands in the centre of the sea are what distinguishes this beach, which is shallow enough for you to be able towalk in the sea 600 meters from the shore. The majority of visitors to Marmaris had at least one experience like this. Even if it is not very calm due to the fact that it is a crowded area, the reddish hue of the sea together with the surrounding greenery is definitely worth viewing. Turunç Beach, relatively calm in comparison to the surrounding bays, is a tranquil hideaway entwined with nature. The place, also known as Turunç Bay, is a sustainable “Blue Flag” beach. The lush trees that surround it meet the blue, creating a breath-taking view. The beach is composed of coarse sand, and the entrance to this beach, which is notable for its warm, clean, and shallow sea, is free.

After travelling this far, you should also see Amos Bay. The bay, which is only four kilometres from Turunç Beach, is only eight minutes away by car. You may also wish to take a short tour of the ancient city of Amos, which is located just above it. Paradise Island, the ancient name of which is Nimara, is 40 kilometres from the centre of Marmaris. After driving through Günnücek National Park, you will arrive here after crossing the Yalancı Boğaz, which connects the land to the island. The island can also be reached by boat or cruise ship. It is one of the most untouched and peaceful places in the region, with a turquoise sea. It has soft, fine-grained sand and a shallow sea. 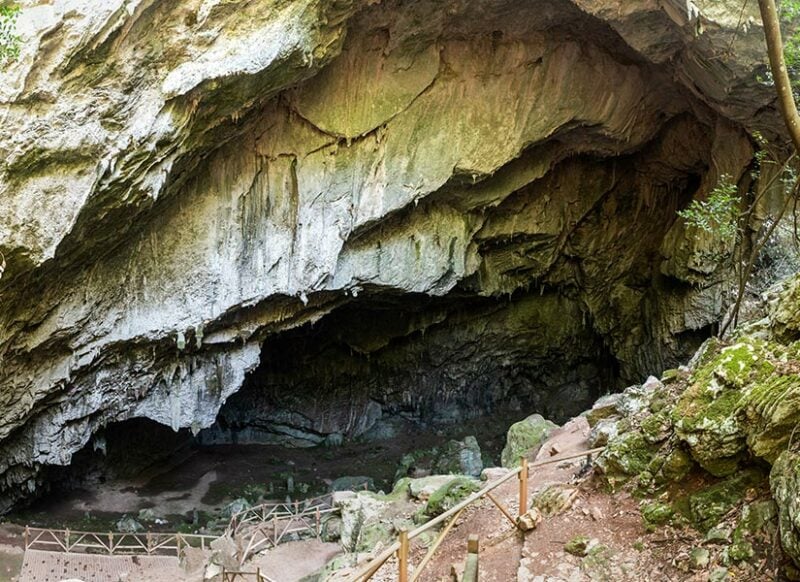 While enjoying the sea, you can visit the remarkable historical sites in the surrounding area. Nimara Cave, where traces of humans dating back 12,000 years have been discovered, is also located here. The cultural aspects you should visit include the cave, which has been designated as a first-degree archaeological site, and the ruins.

Another site is Phosphorus Cave, which can only be reached by sea. It is one of the most popular destinations for those who enjoy diving. The island is normally calm and offers a wide range of activities. In this lovely bay, which is like a paradise, you may enjoy a wonderful day full of vacation by the sea, walking routes, historical beauties, and delicious dishes. Do You Want to Experience the Holiday Spirit in Business Travel?